Why is the Niagara Restoration Council Concerned?

In 1987, the federal and provincial governments, in cooperation with International Joint Commission (IJC), designated the Niagara River as one of forty-three Areas of Concern (AOC) in the Great Lakes Basin. This designation was made due to the degraded water quality which subsequently impairs complete use of the river’s resources.

Some of the major problems that were found within the Niagara River included:

The Niagara Restoration Council (NRC) was originally created in January of 1989 as the Public Advisory Committee (PAC) for the Remedial Action Plan (RAP). The RAP (1989) was initially developed to specifically address the issues of concern within the Niagara River AOC. In 1997, the NRC was incorporated as a non-profit organization to meet the changing needs of the organization.

For more than ten years, this mandate has been met through the implementation of community-based environmental projects. These projects speak directly to the recommendations outlined in Stage Two Implementation document of the Remedial Action Plan. The membership of the NRC is drawn from many sectors of the Niagara community, and includes representatives from municipal and regional governments, industry, academia, environmental interest groups and concerned citizens from the general public.

As the NRC moves towards its goal of environmental leadership in the community, a number of community-based projects aimed towards promoting environmental restoration, concern and education have and will be undertaken throughout the entire Niagara River watershed. 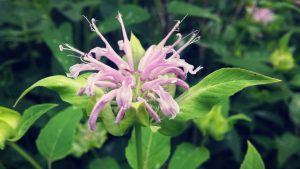